Use discount code DISCO to get $5 off your boat party ticket for the Rockstarcrawl’s Rockstar Boat Party in Cabo San Lucas.

This coupon code is valid for all standard boat party tickets, available here.

From the creators of the #1 nightlife activity in Cabo San Lucas for 8 years in a row comes the best day party in Los Cabos. Be ready to party in this 4 hour trip that includes open bar (all you can drink) for 4 hrs!

Our guest DJ’s will welcome you with magnificent beats, so you can enjoy the ride to one of the most beautiful reefs in the world, where you will be able to snorkel and do aquatic activities . Enjoy snacks while on board, champagne showers, party until sunset and enjoy the ride back to our starting point where the party is just beginning… it will be EPIC. NOTE: THIS IS AN ADULT ONLY ACTIVITY 18 AND OVER.

Use discount code DISCO to get $5 off your club crawl ticket for the Rockstarcrawl’s Cabocrawl bar/club crawl in Cabo San Lucas.

This coupon code is valid for all standard club crawl tickets, available here.

This is not your regular “pub crawl” this is your pub crawl on steroids this is what we call a Rockstarcrawls, you won’t find anything like this anywhere else, often imitated never duplicated. Experience the best personalized nightlife in Cabo San Lucas with this all inclusive “all you can drink” 5 hrs open bar, VIP entrances, reserved tables & escorted bar crawl that includes 3 of the best bar/clubs in the area.

﻿Cabocrawl provides a safe, friendly, intimate experience that takes you to the hottest clubs/bars in one night making sure we’re hitting the most happening spot on any evening (7 days a week), by far the best introduction to Cabo’s amazing nightlife.

​﻿We will make sure you have a hassle-free night where the only thing you have to worry about is having fun. This is a perfect choice for groups of friends, couples, lone travelers, Bachelorette/or parties, convention groups etc.(Private groups if desired)

The Hakkasan Group has expanded their iconic OMNIA brand to a new, tropical location in Mexico, and it has already been a major hit since its grand opening on February 23rd. Located at the Vidanta Resort in San José Del Cabo, OMNIA Los Cabos is a must-hit for anyone looking for an unforgettable experience during their Mexican vacation. The new club surrounds a central pool with private cabanas and a pair of jungle style, two-story VIP bungalows each with private plunge pools overlooking the ocean. 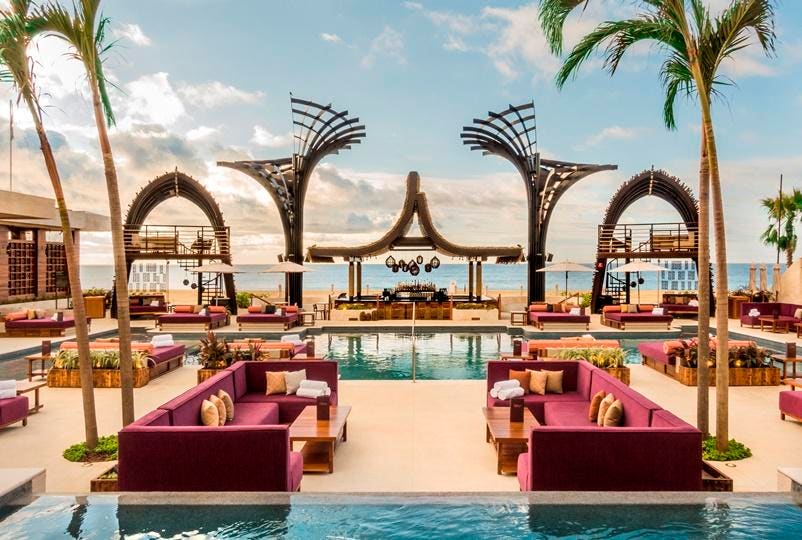 And let’s not forget the music. Superstar DJs like Steve Aoki, Zedd, and Calvin Harris have already graced the venue with their hard-hitting sets and flawless transitions. Doubleheaders happen frequently, with a daytime show in the warm Mexican sun followed by an unforgettable nighttime rave to drive the good vibes into the night.

And in between the parties? OMNIA Los Cabos also offers many of high scale food and drink options to check out. Grab a cocktail at the beautiful Shore Bar or have a bite to eat at the Herringbone fish house or Casa Calavera’s Mexican cuisine. If you come here to party hard, you can relax in between shows by taking a nap on the beachside cabanas to rejuvenate. Once your energy is back, dive right back into the venue and make this weekend the best you’ve ever had.