Was 2017 a lucky one for you???  For Las Vegas – the entertainment, nightlife, and gambling capital of the world – it was certainly an up-and-down year.  On one hand, the city welcomed its first professional sports franchise – the NHL’s Vegas Golden Knights – with great crowds and rousing early success, and then broke ground on a new stadium for its soon-to-be second, the NFL’s Raiders franchise (moving from Oakland in 2020).  On the other hand, the city also suffered an unspeakable tragedy in the form of the worst terrorist mass shooting in American history during its annual Route 91 Harvest Country Music Festival back in October.

As the year draws to a close, a sense of normalcy and community has returned to Las Vegas, and its glittering fast-paced lifestyle is proudly back on display for all to see – #VEGASSTRONG no doubt.   The trademark winter chill has descended upon the desert, but the casinos, entertainment shows, nightclubs, and bars have bounced back well and warmly from this past autumn’s tragedy.  The city’s locals are forever grateful for the emotional and financial support provided by the renewed streams of visitors coming from all over the world, and they are ready to do what they do best: deliver you stress-free good times for New Year’s Eve weekend and beyond, well into the 2018 calendar year.

For one last chance in 2017 you’ve got a tailor-made excuse to set aside all your past year’s disappointments and low points and promise yourself that next year will be THE BEST YEAR OF YOUR LIFE, all while surrounding yourself with fun-loving strangers, pulsating music, and premium liquor as you dance all your cares away.  And there are few better cities in the world for doing this than in Sin City, the world’s preeminent entertainment destination, with hundreds of fabulous party options to suit any taste.

In Vegas, they say “Luck Be A Lady” and all visitors hope and pray this fleeting dame does plant a lucky midnight kiss on their cheek to ring in the New Year.   While we can’t control what happens to you at the blackjack or craps tables this weekend, Discotech can most certainly assist with you finding good fortune at a great party.  Here our “Lucky Seven” picks for the best NYE nightclub parties/events around Sin City for you and your friends – be they Rat Pack or Wolfpack – to ring in 2018: 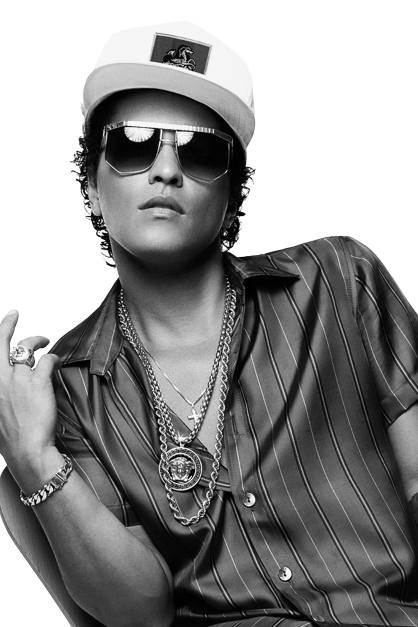 Toast to a memorable year with Bellagio as The Bank brings in the New Year the only way it knows how: with fabulous parties, amazing menus and drink specials, and over-the-top entertainment in the form of pop mega-superstar Bruno Mars.  Ring in 2018 in glitz and glamour and dance the night away in the 24K magic glow of the “24K Magic” man, who wraps up his year-long global tour with an encore return to the same venue where he rang in the 2012 and 2017 New Year’s celebrations. 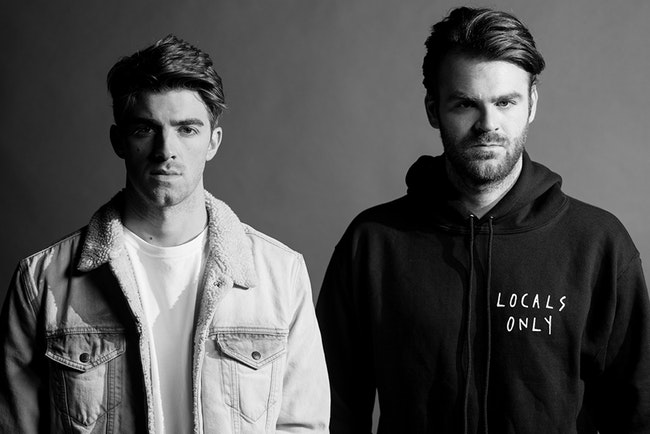 Is there any doubt that 2017 was the year of The Chainsmokers?   A slew of Song of The Decade candidates, a global world tour that can only be described as EPIC, and of course the residencies at two of the hottest nightclubs in Vegas.  This past year the duo put on numerous supercharged performances to packed houses at XS Nightclub and Encore Beach Club at the Wynn — and now for the Grammy-winning pop duo’s incredible inaugural year as Steve’s nightlife residents, The Chainsmokers will lead the countdown to 2018 behind the decks at XS Nightclub.  All Access New Year’s Eve tickets will be $150 for men and $125 for ladies, giving access to both indoor and outdoor sections of the mega-club. Stage access is not included. Under the Stars tickets, with outdoor access only, are priced at $75 for men and $65 for ladies. Tables range from a $2K minimum spend on the outdoor patio to a $30K minimum spend for VIP stage tables. 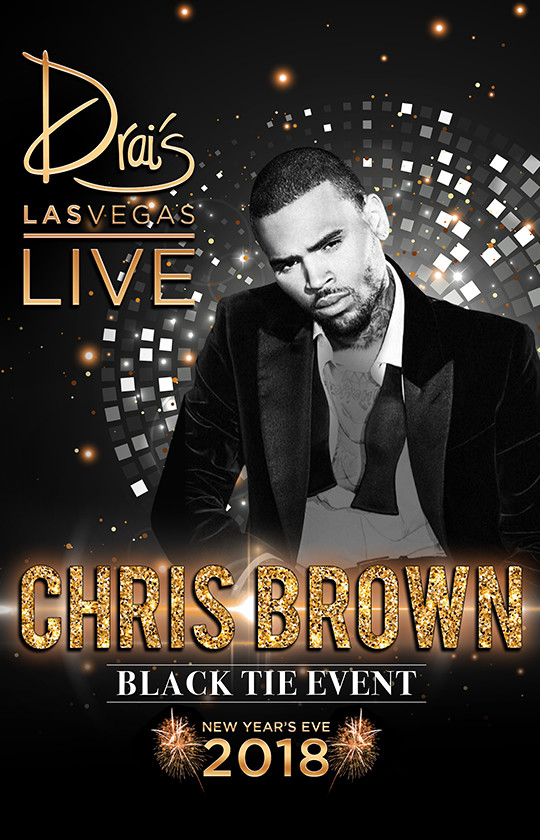 Electronic dance music reigned supreme in Vegas throughout 2017, consistently commanding the highest-price tickets and tables in nightclubs around town.  That being said, there’s no doubt that hip-hop is enjoying a resurgence at the moment, and Drai’s Las Vegas has been a big reason behind that comeback.  This past year saw Drai’s surge to the top of the Vegas hip-hop nightlife ecosystem by committing to booking top-tier talent – Future, Migos, G-Eazy, Lil’ Wayne, to name a few – which in turn made Drai’s a coveted brand and destination not only for hip-hop royalty but for professional athletes and all of black Hollywood.  For New Year’s Eve, superstar performer Chris Brown – arguably the hardest working artist in R&B hip-hop – graces the stage to open 2018 in front of a star-studded and celebrity-filled crowd.  The pride of Virginia has made a reputation among Vegas locals for club performances that last over 3 hours – nearly twice as long as those of other headlining artists – so lucky fans in attendance will definitely get their money’s worth.  Ticketholders for the event will receive two complimentary glasses of champagne to toast at midnight.  Oh, and this will be a black-tie affair…. so channel your best James Bond impressions,  take this tutorial, and come to the Cromwell dressed to the nines. 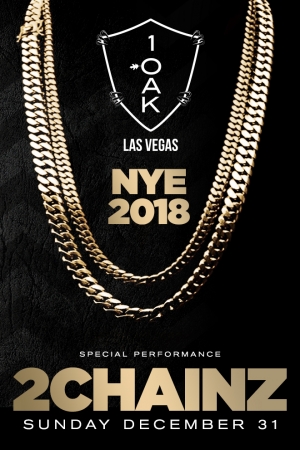 If you’re a 2 Chainz hater, then you’ve spent a frustrating 2017 sitting on your hands while the Atlanta-born native has burned up the radio airwaves month after month.   Fast on the heels of his third album release in 2016, 2 Chainz dropped his fourth studio album “Pretty Girls Like Trap Music” to start the summer, and it immediately became the go-to album for barbecue/pool party background music.  Star-studded tracks such as “Good Drank” featuring Gucci Mane and Quavo, “4 AM” featuring Travis Scott, “Big Amount,” featuring Drake, and of course the ultra-catchy “It’s A Vibe” featuring Ty Dolla $ign, Jhené Aiko, and Trey Songz kept the star in the public eye, and his “Pretty Girls Like Trap Music” tour with his The Trap Choir was a smashing success.   For New Year’s Eve he returns to the site of his 2017 Vegas residency for a special performance featuring surprise guests and all his hits; lounge room tables start at $1,000 and main room tables at $2,500. 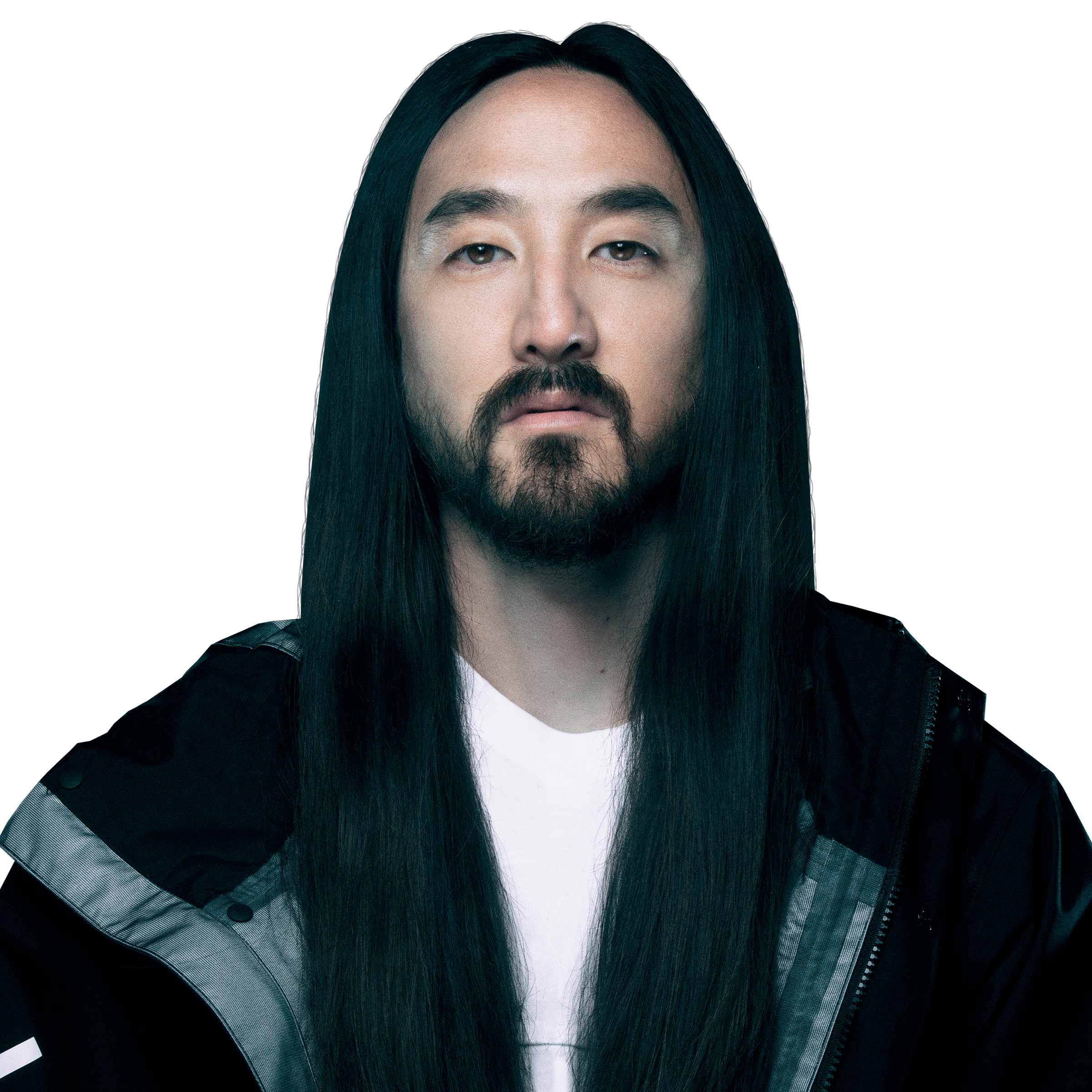 A 2017 Hakkasan Group resident and the selected headliner for their New Year’s Eve festivities, Steve Aoki is known for the enthralling electronic sounds and hard-hitting beats of his highly energetic shows.  The DJ, producer, and California native began his musical career in 1996 as founder of Dim Mak Records; since then his label has released over 250 music records for other notable electro house artists such as Datsik, Infected Mushroom, Dada Life, Zeds Dead, Aoki’s own collaboration with Tiësto, MSTRKRFT, The Bloody Beetroots, Felix Cartal and Mustard Pimp, Bloc Party, Battles, The Kills, The Gossip, Klaxons, Scanners, Whitey, and Mystery Jets just to name a few.   A surefire fan favorite for his captivating stage presence and zany antics – his signature move is throwing cakes into the crowd – Aoki enthralls dance floors and concert halls around the globe with his remixes and collaborations with some of the best-known DJs and recording artists of our time.  Which of his world-famous friends will join him on stage at Hakkasan on NYE to do his world-famous “Aoki Jump” for the 2018 jump-off? 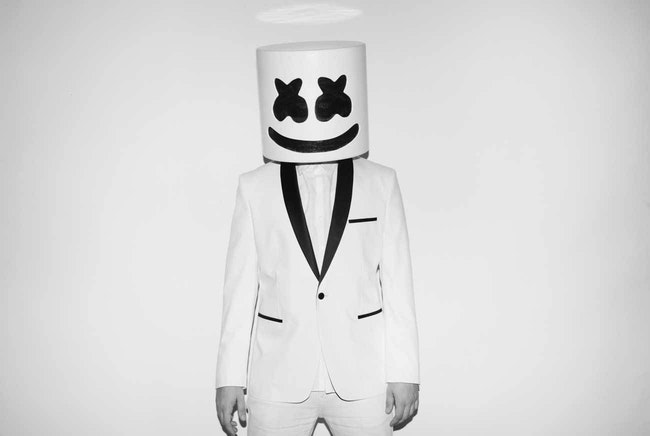 Wouldn’t it be fund to spend NYE rollicking and laughing the night away with one of EDM’s most talented artists and most humorous, quirky personalities?  A picture is worth a thousand words, and a Youtube clip is worth a million.   Enough said. 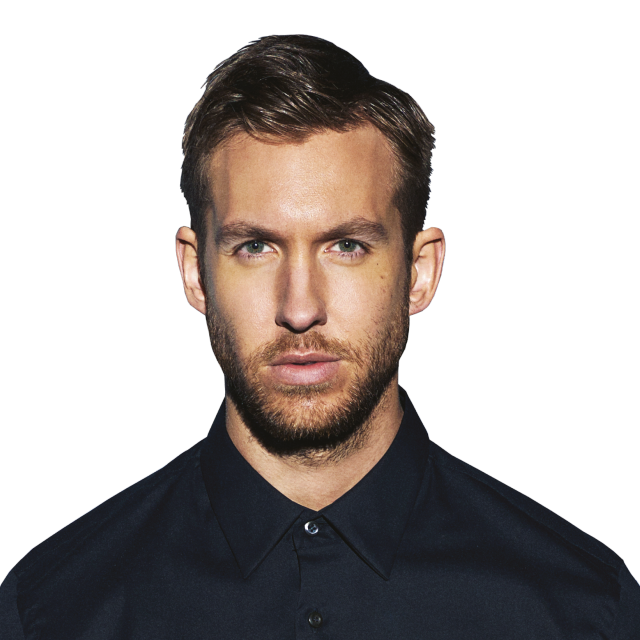 More events and more venues for New Year’s Eve 2018 in Los Angeles can be found on the Discotech app.  Have a safe night out with your friends, please don’t drink and drive, and HAPPY NEW YEAR!!!!